Several FRAXA research teams previously identified GSK3 beta as a treatment target for Fragile X. The catch is that, so far, GSK3 beta inhibitors have proven too toxic for regular use. Dr. Bear’s new discovery opens up the possibility of developing more selective compounds with less toxicity and fewer side effects. Interestingly, lithium inhibits both GSK3 versions – alpha and beta.

Congratulations to Dr. Bear and his team at MIT including FRAXA postdoctoral fellows Rebecca Senter and Patrick McCamphill.

Republished with permission from The Picower Institute at MIT. 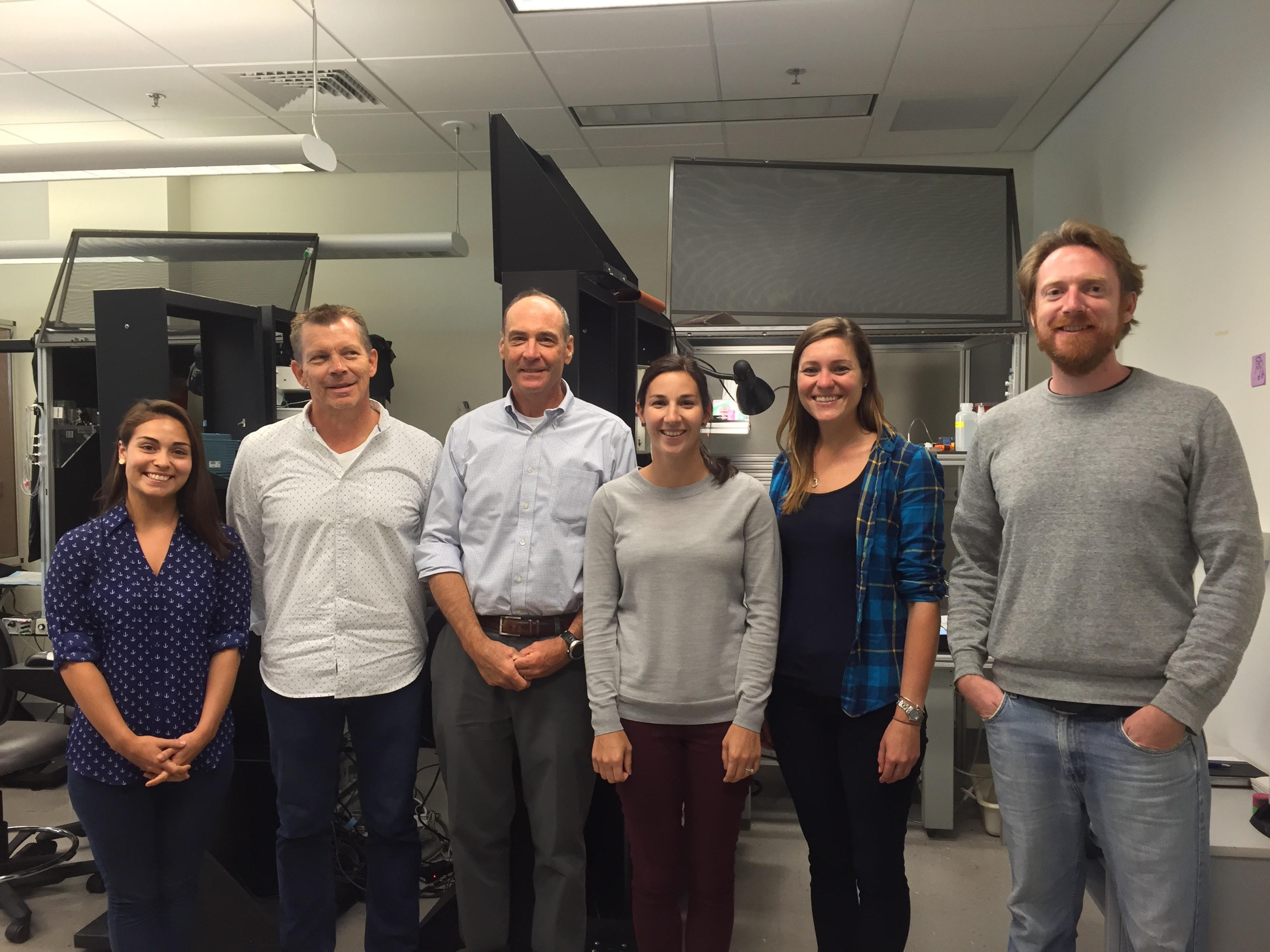 MIT scientists have identified a potential new strategy for treating Fragile X syndrome, a disorder that is the leading heritable cause of intellectual disability and autism.

In a study of mice, the researchers showed that inhibiting an enzyme called GSK3 alpha reversed many of the behavioral and cellular features of Fragile X. The small-molecule compound has been licensed for further development and possible human clinical trials.

From the mouse studies, there are signs that this compound may not have the same limitations of another class of Fragile X drugs that failed in human clinical trials a few years ago, says Mark Bear, the Picower Professor of Neuroscience, a member of MIT’s Picower Institute for Learning and Memory, and one of the senior authors of the study.

GSK3 inhibitors might also be useful against other diseases in which GSK3 plays a role, including Alzheimer’s disease, he says.

Fragile X affects about 1 in 2,500 to 4,000 boys and 1 in 7,000 to 8,000 girls, and is caused by a genetic mutation of a protein called Fragile X protein FMRP. In addition to intellectual disability, symptoms include epilepsy, attention deficit and hyperactivity, hypersensitivity to noise and light, and autistic behaviors such as hand-flapping.

Bear’s lab, which has been studying Fragile X for about two decades, has previously shown that protein synthesis at synapses, the specialized junctions between neurons, is stimulated by a neurotransmitter receptor called metabotropic glutamate receptor 5 (mGluR5). FMRP normally regulates this protein synthesis. When FMRP is lost, mGluR5-stimulated protein synthesis becomes overactive, and this can account for many of the varied symptoms seen in Fragile X.

In studies of mice, Bear and others have found that compounds that inhibit the mGluR5 receptor could reverse most of the symptoms of Fragile X. However, none of the mGluR5 inhibitors that have been tested in clinical trials have succeeded.

In the meantime, the MIT team, along with many other research groups, has been searching for other molecules that could be targeted to treat Fragile X.

“We and many other labs have been chipping away at this and trying to understand the key molecular players. There’s quite a large number now, and there have been different manipulations in the signaling pathway that can correct Fragile X phenotypes in animals,” Bear says. “We like to refer to this as a target-rich environment. If at first you don’t succeed therapeutically, you have many other shots on goal.”

Some studies suggested that GSK3 was overactive in Fragile X mouse models and that this activity could be turned down using lithium. However, the required dosage of lithium has adverse side effects in children. Pharmaceutical companies developed other small-molecule drugs that inhibit GSK3, but these triggered an accumulation of a protein called beta-catenin, which can lead to cancerous cell proliferation.

“Studies had been published showing that if you selectively knock out either alpha or beta, it wouldn’t trigger beta-catenin accumulation,” Wagner says. “GSK3 inhibitors had been tested in Fragile X models before, but it’s never gone anywhere because of the toxicity issue.”

After a screen of more than 400,000 drug compounds, Wagner identified a handful that inhibited both forms of GSK3. By slightly altering their structures, she then came up with versions that could target selectively the alpha or beta forms.

Bear’s lab tested the selective inhibitors in genetically engineered mice that lack the FMRP protein, and found that the inhibitor specific to GSK3 alpha eliminated one of the common Fragile X symptoms — seizures induced by loud tones. Following that, they found that the GSK3 alpha inhibitor also successfully reversed several other symptoms of Fragile X, while the GSK3 beta inhibitor did not.

These symptoms include overproduction of protein as well as altered synaptic plasticity, impairment of some types of learning and memory, and hyperexcitability of some neurons.

“It checked off all the boxes that we would have expected from inhibiting mGluR5 or the signaling pathway downstream,” Bear says. “It’s really amazing that if you can correct the excess protein synthesis with a drug compound, a dozen other phenotypes are going to be corrected.”

GSK3 is a kinase, which means that it controls other proteins by adding chemical groups called phosphates to them, but its exact role in Fragile X is not yet known. In this study, the researchers found that GSK3 is part of the same signaling pathway controlled by mGluR5, but GSK3 appears to act later in the pathway.

Another side effect seen in mouse studies of mGluR5 inhibitors is the development of resistance to long-term treatment, for some of the symptoms of the disorder.

“We don’t know whether the mGluR trials failed because of treatment resistance, but it’s a viable hypothesis,” Bear says. “What we do know is with the GSK3 alpha inhibitor, we do not see that in mice, to the extent that we’ve looked at it.”

GSK3 inhibitors may also hold promise for treating other diseases in which GSK3 plays a role. In a Science Translational Medicine study published last year, also co-authored by Wagner, researchers at the Broad Institute and Dana-Farber Cancer Institute showed that selective GSK3 inhibitors could be effective against acute myeloid leukemia.

GSK3 could also be a potential target for Alzheimer’s treatment, as it is responsible for phosphorylating Tau, a protein that forms tangles in the brains of Alzheimer’s patients.

The research was funded by the National Institute of Mental Health, the Simons Foundation, the Stanley Center for Psychiatric Research, the JPB Foundation, and the FRAXA Research Foundation.