With a $82,500 grant from the FRAXA Research Foundation, Dr. Christopher Cowan and Dr. Laura Smith explored the role of specific signaling pathways in drug-related behavioral deficits, including determining the role, if any, of known impairments in the Fragile X brain. 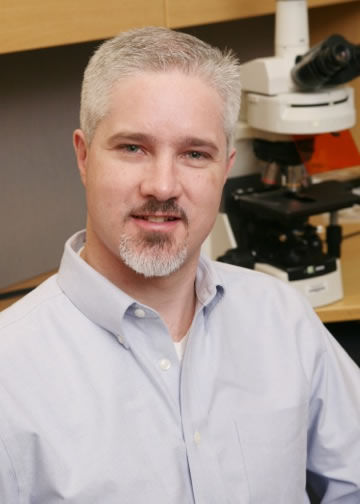 Abnormalities of dopamine neurotransmission have been reported in Fragile X; one key role of dopamine in the brain is in reinforcement and reward functions. Cocaine and amphetamines are known to enhance dopamine transmission, which in one reason these drugs are so addictive. This team will examine abnormalities in reward function and response to drugs which enhance dopamine in the Fragile X mouse.

In addition to intellectual disability, patients with Fragile X commonly exhibit hyperactivity, attention deficits, social anxiety, explosive anger, and many other features of autism, and male children with Fragile X have higher rates of obesity than their unaffected peers. Interestingly, several of these symptoms potentially result from anomalies in the reward/motivation pathway of the brain. Despite this knowledge, as well as indicators that pathways key to reward, such as cAMP and mGluR5, are abnormal in Fragile X, there is a dearth of information on reward function in Fragile X patients and Fmr1 knockout mice. Furthermore, our laboratory, in collaboration with the laboratory of Dr. Kimberly Huber (UT Southwestern Medical Center), has recently shown that Fragile X protein FMRP is required for the function of a transcription factor known as myocyte enhancer factor 2 (MEF2) in the control of synapse elimination (Pfeiffer et al., Neuron, 2010). This finding is potentially significant for reward function in Fragile X patients since our laboratory has previously characterized an important role for MEF2 in the control of spine density and behavioral alterations that accompany cocaine exposure (Pulipparacharuvil et al., Neuron, 2008). Thus, loss of MEF2 function in the Fragile X brain may lead to aberrations in reward processes.

In line with this knowledge, we have observed significant deficits in Fmr1-/y mice, compared to wildtype mice, in both cocaine-induced locomotor sensitization and conditioned place preference to cocaine. Sensitization is an increase in a behavior that that occurs with repeated drug exposure and represents a behavioral complement to drug-induced brain plasticity, while place preference is thought to more directly measure reward-related learning. Interestingly, deficits in locomotor sensitization in the Fmr1-/y mouse appear to be part of a process that occurs over repeated exposure to cocaine and are extremely long lasting, perhaps even permanent. Furthermore, we have evidence that this impairment in cocaine sensitization in Fragile X mice results from acute loss of FMRP in a reward-related brain region of the adult animal and is not a result of developmental absence of FMRP, adding to evidence that plasticity-related deficits in Fragile X are likely treatable in adulthood. Our current goal is to elucidate the role of specific signaling pathways in these drug-related behavioral deficits, including to determine the role, if any, of known impairments in the Fragile X brain (e.g., lack of MEF2 function, impaired cAMP signaling and/or hypersensitivity of the mGluR5 pathway).

We anticipate two potential benefits of this area of study: 1) a better understanding of the role of FMRP in drug-related brain plasticity, with potential application in the treatment of drug addiction, and 2) an elucidation of specific mechanisms that plague proper plasticity in Fragile X patients. Since repeated exposure to drugs of abuse is known to reliably induce especially strong and long-lasting plasticity-related changes in the brain, this approach may represent an ideal model of understanding impairments in experience-dependent plasticity in the Fragile X brain. We note that this method of inducing plasticity may be especially useful in the Fragile X mouse model, where learning-related deficits have been difficult to measure or reliably reproduce. In parallel, given our findings that Fmr1-/y mice have impaired cocaine conditioned place preference, we are working to determine whether overall reward function is impaired in Fragile X syndrome; outcomes of this research may have implications for therapeutic approaches to addressing a significant subset of symptoms experienced by Fragile X patients.