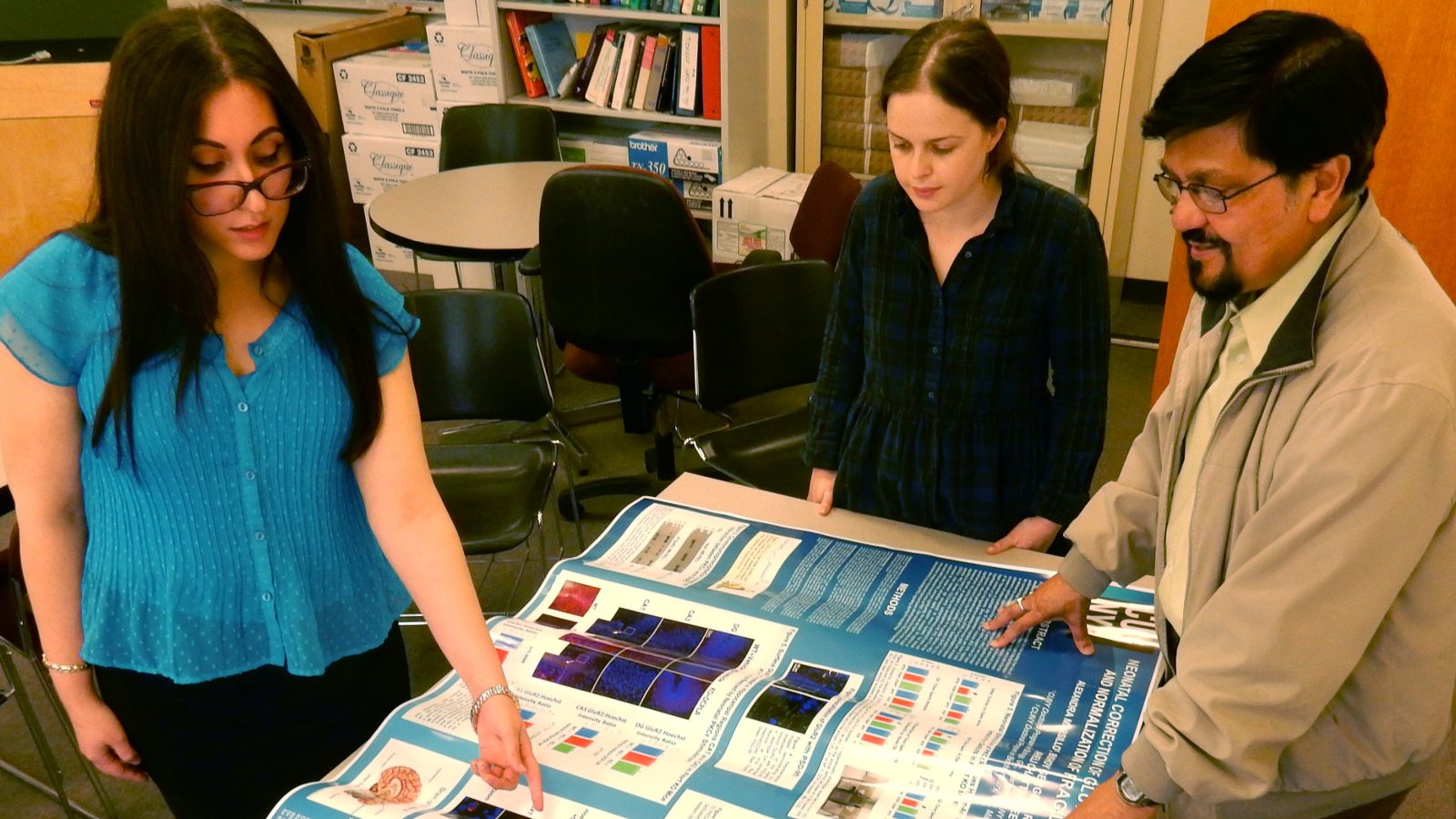 Fragile X syndrome (FXS) occurs due to lack of the protein FMRP, which controls expression of other proteins. However, it is unclear how the deficiency of FMRP leads to impairments. Dr. Banerjee’s team is addressing this information gap by studying PKCε, one of the many gene products that are regulated by FMRP.

With this grant, this team has shown that enhancing PKCε can correct brain development and abnormal behaviors in Fragile X knockout mice and had their findings published in PubMed.

Dr. Banerjee and his team discovered that protein kinase C epsilon (PKCε) is under-expressed in key brain areas involved in social and emotional behavior in Fragile X mice. They studied the effects of PKCε suppression in the hippocampal CA1 region. When they stimulated PKCε during early development using a drug, they were able to correct social behavior deficits and anxiety seen later in life. This study suggests that early postnatal PKCε-mediated signaling regulates brain wiring responsible for social behavior and anxiety.

The team's findings, PKC epsilon as a neonatal target to correct FXS-linked AMPA receptor translocation in the hippocampus, boost PVN oxytocin expression, and normalize adult behavior in Fmr1 knockout mice, were published in PubMed on April 1, 2021.

This work sets the stage for trials of potential treatments which activate PKCε. For example, a Fragile X clinical trial of bryostatin is now being planned. The findings of Dr. Banerjee and his team offer the possibility that early intervention using PKCε activators could treat Fragile X syndrome.

Studying Fragile X knockout (KO) mice, which lack FMRP, Dr. Banerjee’s team observed that PKCe expression is significantly suppressed in a hormone-secreting center of the brain, the hypothalamus, and the cognitive hub, hippocampus, which regulates hypothalamic activity. They also observed suppression of the sociability hormone oxytocin in the hypothalamus. Simultaneously, increased cell-surface localization of an excitation-causing protein, AMPAR, in the hippocampal nerve cells presumably increased anxiety in the KO mice.

The scientists attempted to compensate for suppressed PKCe signaling by treating the KO mice at an early age with the selective PKCe stimulator DCPLA. Quite strikingly, this resulted in a therapeutic correction of oxytocin expression in the hypothalamus, normalization of cell-surface AMPAR localization in the hippocampus, and correction of later-life hyper-anxiety and autistic-like social behavior deficits in adulthood!

Thus, this project brings the promise of elucidating a pathway that is compromised in KO mice and uses a therapeutic strategy to correct the signaling pathway shortly after birth. This strategy is likely to correct early neurodevelopment in the brain and thereby afford a global, permanent correction of neuroconnectivity and behavior in the FXS mice.

The impression that Fragile X mouse studies do not translate to human therapy is often based on treatments that are offered beyond the point of critical development when the brain can best be nudged to form the right connections. Therefore, it is highly important to conduct preclinical studies such as this during early brain development. Such studies will have a greater likelihood of eventually translating into successful human clinical trials.