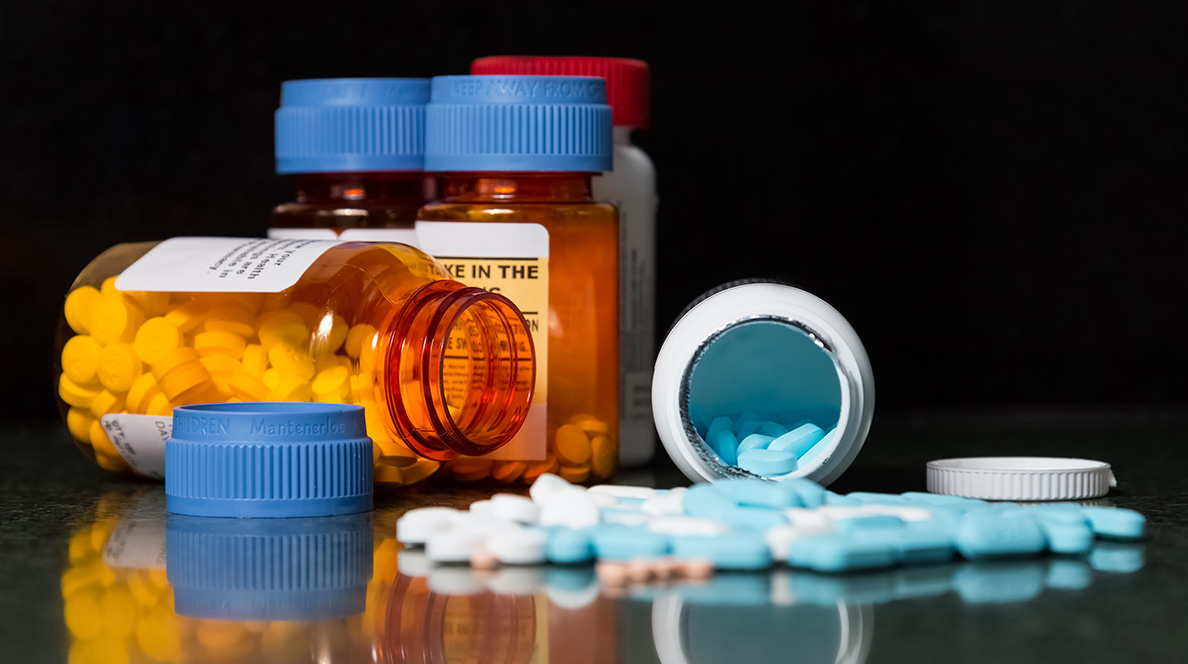 Which of the available drugs are best for Fragile X? We tend to think of drugs according to their primary activity in the body, but very few drugs are totally selective and specific. There are differences between drugs in any given class, and these differences may be critical. Most drugs have “off-target” effects which are usually considered side effects, and it is these side effects which can have key advantages, in some cases.

These notes are based on my observations of a number of individuals who have Fragile X syndrome, including my son, Andy, age 30. At an age at which most people would not expect to see much progress, Andy is conversing, learning, commenting, and socializing more than ever. While this is a single case, it’s possible that the medications he takes are helping.

Controlled studies have yet to be done on these combinations in Fragile X, so please keep that in mind as you read the following thoughts and as we try to move forward from this very preliminary stage. Always talk with your doctor before making any changes to medications.

SSRIs Are Not All Alike

One class of drugs commonly prescribed to help treat anxiety for patients with Fragile X is the Selective Serotonin Reuptake Inhibitors (SSRIs). We tend to think of SSRIs as highly selective and specific: they enhance serotonin transmission (hence their name). But all SSRIs also block reuptake of other neurotransmitters to varying degrees. These differences matter.

For example, sertraline (Zoloft) blocks dopamine reuptake significantly at typical doses, which could potentially help some people with attention, but could also aggravate psychosis in others. Fluvoxamine (Luvox) has the lowest dopamine reuptake blockade of all the SSRIs, so it may be the best choice for psychotic depression or bipolar disorders. Fluvoxamine also has very high affinity for the sigma receptor. Sigma receptor agonists appear to have therapeutic activity in Fragile X animal models, and they are being developed by many companies for neuropsychiatric indications. This may be a good reason to choose fluvoxamine among the available SSRIs.

Another class of psychiatric drugs used in Fragile X and autism spectrum disorders is atypical antipsychotics, such as risperidone or aripiprazole. They are called “atypical” because their effects and side effects are quite different from traditional antipsychotics, like haloperidol or chlorpromazine. The drugs in this class also differ greatly from one another, and this pharmacological diversity may offer important opportunities for unique effects.

For example, most antipsychotics simply block dopamine receptors, which usually impairs attention. But aripiprazole (Abilify) and some other newer drugs in this class act as partial agonists at some dopamine receptors: in situations where there is already too much dopamine in synapses, aripiprazole decreases transmission, but when there’s not enough dopamine, it can increase transmission! This modulation of dopamine transmission can treat aggression, mood lability, and psychosis, while also enhancing attention. This is why aripiprazole is probably the most commonly prescribed atypical antipsychotic for Fragile X today. Indeed, for many years, before going generic, Abilify was the top selling drug in the world. In addition, it is a partial agonist at serotonin 1A receptors (or 5HT1A, similar to buspirone) which gives it significant antidepressant and anti-anxiety effects.

The plot thickens from here. A little-known added benefit of aripiprazole is that it is also a partial agonist at serotonin 7 receptors, and this may have unique therapeutic effects in Fragile X. While a number of pharmaceutical companies are developing new 5HT7 agonists as treatments for Fragile X and other conditions, this drug is available now.

What can we learn from the broader realm of psychiatry beyond Fragile X?

It has been known for some time that SSRIs and atypical antipsychotics combine well. These combinations have been studied in several psychiatric disorders, especially Major Depression. Clinical trials have shown that atypicals can boost the effect of antidepressants, and this combination is thought to be synergistic (producing a combined effect greater than the sum of their separate effects). Indeed, there is an approved combination pill called Symbyax, which contains Eli Lilly’s two drugs, Prozac and Zyprexa, and many other combinations have been shown to work. For Fragile X, it may be that the combination of fluvoxamine and aripiprazole is close to ideal for some people. It’s still important to have options, since everyone is a little different in how they respond to and metabolize drugs.

Minocycline Enhances the Effect of SSRIs and Atypical Antipsychotics

If we survey the landscape of psychiatric clinical trials (which is much larger than the small number of trials in Fragile X) we see that minocycline, a promising repurposing candidate for Fragile X first identified by Dr. Iryna Ethell at UC Riverside, has been studied for many brain disorders. Studies combining minocycline with atypical antipsychotics for schizophrenia and studies combining minocycline with SSRIs for Obsessive-Compulsive Disorder have been positive, though the magnitude of the effect is modest. On its own, minocycline has no detectable effect in these conditions, and the same is probably true for Fragile X, at least in controlled trials. However, the important point is that minocycline enhances the effect of both atypical antipsychotics and SSRIs.

No studies have yet been done to see what effect could be gained by adding minocycline to the already synergistic combination of SSRI and atypical antipsychotic, such as our current favorite combination, fluvoxamine + aripiprazole, but the potential is intriguing. My clinical experience is that addition of minocycline to this combination gives a distinct boost to an already excellent regimen.

Another agent with an even longer track record in psychiatric clinical trials is N-Acetyl Cysteine (NAC). This naturally occurring compound is often sold as a nutritional supplement. However, it is also marketed as a drug (Mucomyst) for a number of uses, including treatment of Tylenol overdose. NAC is a potent antioxidant and it modulates glutamate transmission through multiple mechanisms (as does minocycline). NAC has been studied in clinical trials for virtually all major psychiatric disorders, including autism, but not Fragile X. While some studies have shown efficacy, others have not, which is quite typical in psychiatric research. However, a review of the clinical trials literature reveals a pattern: trials of NAC alone or added to random medication regimens tend to show little effect; trials of NAC in a pre-set combination with a standard drug often show enhanced effects when compared to the standard drug alone. An excellent review of the subject was published on PubMed: Clinical trials of N-acetylcysteine in psychiatry and neurology: A systematic review.

One might conclude that the effect of NAC as monotherapy is modest, but as part of a combination it appears to boost the effect of many other drugs, especially antidepressants and antipsychotics. Several groups in Iran (certainly far outside the mainstream of psychiatric research!) have studied combinations such as fluvoxamine/minocycline, fluvoxamine/NAC, and risperidone/NAC, with strong positive results in placebo-controlled trials. While there is clearly a need for more studies of well-defined combinations, early results suggest that powerful combinatorial effects are possible with these available drugs.

My clinical experience leads me to believe that adding NAC to either an SSRI, an atypical antipsychotic, minocycline, or any combination of these, yields noticeable benefits in Fragile X, primarily observable as decreased irritability and improved cognitive flexibility.

So, there’s my favorite Fragile X combination: fluvoxamine, aripiprazole, minocycline, and NAC. In full or in part, these drugs often work together really well!