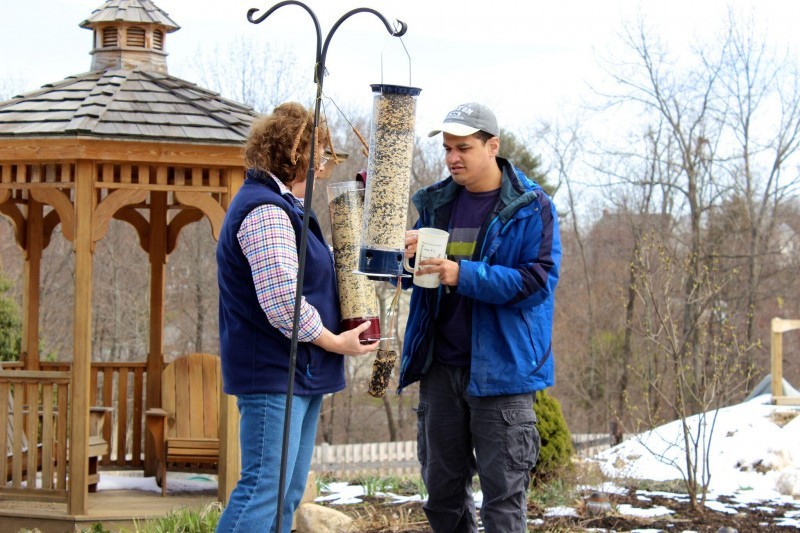 Twenty-two is a terrifying birthday for the parent of a child with Fragile X Syndrome. It marks the end of formal schooling. We were daunted by this transition. Our son, Ryan, had been attending a residential school, New England Center for Children, for the previous 12 years. For almost all his waking hours, Ryan had one-on-one staffing and five additional staff nearby in case of behavioral outbursts. On community outings he was usually accompanied by at least three staff members.

Now we were about to move him to Shared Living Collaborative (SLC) where he would have just one-to-one daytime staffing and two-to-one staffing in his residential placement, with no immediate, additional staff for help during a behavioral incident. We were tense and on edge about how this new arrangement would work. 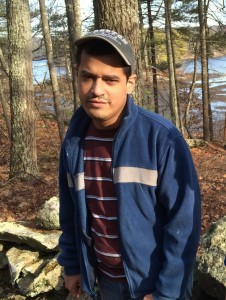 This placement did not start out well. SLC seriously questioned whether Ryan could continue in the program. We approached a crisis point at SLC, and it was clear his anxieties had to be better managed. Then Dr. Michael Tranfaglia came on board as medical consultant and, among other changes, Abilify was added to Ryan’s medicine regiment. Ryan’s anxiety levels immediately decreased. He started to be able to tolerate challenging environments. With Ryan’s anxieties at a manageable level, SLC was able to begin expanding experiences and environments for him, through very patient and flexible programming.

Now, four years later, we can say the move to SLC has been more successful than we could have imagined. One staff member recently told me, “I can’t even remember when Ryan last had any negative or violent behaviors.”

Key Ingredients of a Successful Program

What it is about Shared Living Collaborative’s program that has been successful for us? What are the most important ingredients in any good program for Fragile X adults or any adults with special needs?

For Ryan, the first step was building trust. Ryan learned to trust that when he indicated he needed to leave an area, he could. Staff did not demand that he stay in any location longer than he was comfortable. They offered Ryan choices and rewarded him for trying new places or staying longer at familiar ones.

SLC’s day program includes seven sites in four towns: an animal farm, a vegetable farm, two craft studios, a café where clients assist with cooking and serving, a dance studio, and a recreational center with computers and sensory activities. Each client has an individualized program built from various combinations of these locations and activities.

Ryan’s staff have access to all program locations and several community locations at any time during the day. No approval is needed to change activities or locations. When staff see Ryan’s stress level rise, or he indicates he needs to leave, they can remove him from the stressful situation immediately.

Ryan engages in activities at both farms. He sometimes makes things at one of the studios. He enjoys a lunch break daily at the recreational center where he can play on a computer. Staff let him unwind in a car or take him to a location where he can separate from others if needed. Playing on an iPad, hiking on nearby trails, watching trains, and visits to restaurant are motivators available to him. These choices give Ryan a sense of control and contentment.

At the beginning, all these well laid plans did not work well at all! But slow, consistent, step-by-step introductions to new environments and activities gradually began to expand Ryan’s world.

One example is Ryan’s introduction to the animal farm. 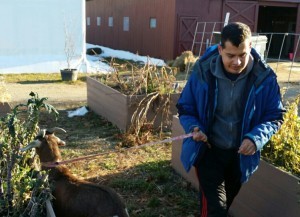 Initially, he could not tolerate being at the farm while the other clients were working there. So, for the first few months, staff brought him early and left before others arrived. Ever so slowly, Ryan’s departures was delayed. Eventually, he began watching other clients work from the window of a ‘safe’ room in the barn designated for him. He learned other clients’ names, watched for each person, and asked about someone if he/she missed a day. Over time, from the safety of his room, he learned the rhythms of the farm. He began staying longer, working on activities away from the other clients.

Over several years, the combination of appropriate medication and flexible, patient programming has enabled Ryan to stretch and grow. Ryan now walks on the farm at any time of day and goes about his work without concern about what others are doing around him. He will often walk into a new setting on first introduction – cautiously, but willingly. Ryan now shakes hands with new people, instead of throwing something or running away. He tolerates doctor appointments with no negative behaviors. He has occasionally begun attending group activities such as cookouts at the farm. Everyone involved – staff and Ryan alike – is calmer, happier, and more relaxed. For this, my husband and I are very thankful. We look forward to Ryan gaining confidence and broadening his experience as he tries more of the settings and opportunities that are available to him.