With $150,000 in grants from FRAXA Research Foundation over several years, Dr. Carlos Portera-Cailliau studied intact, anesthetized Fragile X mouse brains, looking for defects in the density, length, or dynamics of the dendrites. They looked for changes in the neurons after treatment with mGluR5 antagonists. 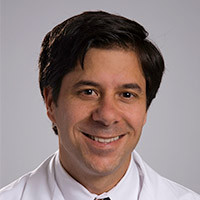 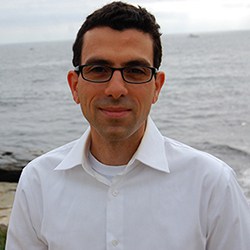 The goal of this proposal is to test the hypothesis that a defect in dendritic filopodia occurs in Fragile X syndrome (FXS) and impairs the ability of these tiny protrusions to form synapses and mature into spines.

We are addressing two issues with two-photon microscopy. 1) We are imaging dendritic filopodia in the intact brains of anesthetized Fmr1 knock-out mice and looking for defects in their density, length, or dynamics. 2) We are investigating the role of group I metabotropic glutamate receptors (mGluRs) in the phenomenon of glutamate-induced filopodia growth. We intend to find a link between abnormal signaling through mGluRs and the increased density and length of spines in Fmr1 knockout mice.

Our experiments are aimed at dissecting the mechanisms that regulate dendritic protrusions during early development using pharmacological tools and sophisticated microscopy techniques that allow us to image neurons in the intact brain of Fragile X mutant mice. Ultimately, the new knowledge derived from this research may identify new targets for therapeutics in FXS, including but not limited to the use of drugs that modify mGluR neurotransmission.

Brains of children with Fragile X and of mutant mice that lack the Fmr1 gene have abnormally long and densely packed dendritic spines. Spines are tiny protrusions that cover the surface of most neurons in the cerebral cortex. They receive the majority of excitatory synaptic inputs in the brain and are therefore crucial for learning and memory. During brain development, dendrites are covered by thinner and longer appendages known as filopodia. Because spines in individuals with Fragile X appear somewhat immature, a failure in the transition from dendritic filopodia to spines has been invoked in this disorder. Yet, the development of dendritic filopodia in Fragile X mutant mice during the first postnatal week has never been explored.

Recently, we established that filopodia elongate in response to the neurotransmitter glutamate. This observation fits nicely in the notion that filopodia initiate synapse formation, because it implies that glutamate released by nearby axons may attract dendritic filopodia to form early synapses. These contacts can presumably stabilize filopodia and allow them to mature into spines. That study, however, stopped short of establishing which glutamate receptors (GluRs) are important for this process, or how the glutamate signal is translated into filopodial elongation via the actin cystoskeleton. We believe that the mechanism whereby filopodia make synapses is defective in Fragile X, and this explains why an excess of protrusions is generated, as a compensatory mechanism.

Interestingly, abnormal glutamate signaling, particularly through metabotropic GluRs, has been linked to Fragile X. The ‘mGluR hypothesis’ postulates that the absence of FMRP leads to exaggerated mGluR-mediated silencing of brain synapses, which in turn leads to increased synapse turnover and to abnormal spine morphology. But exactly how this takes place is not known. Keys to this puzzle might come from investigating the mechanisms of glutamate-induced filopodial growth and synapse formation in Fragile X mutant mice.

We want to test the general hypothesis that a defect in filopodia, linked to abnormal glutamate transmission or actin dynamics, impairs their ability to form synapses and mature into spines, in Fragile X. First, we will examine the maturation of filopodia in pyramidal neurons in the cerebral cortex of Fragile X mice to look for abnormalities in their length, density, and turnover. We will use two-photon microscopy to image dendritic protrusions in living neurons during the first week of postnatal development in acute brain slices.

Next we will ask whether filopodia of Fragile X mice are able to establish normal synaptic contacts. This will be done with in vivo two-photon imaging of filopodia followed by correlated electron microscopy of the same filopodia. Next, we will use pharmacological experiments on acute brain slices to test the effects of specific agonists and antagonists of group I mGluRs on filopodia of wild type and Fragile X mice. We will also test whether these drugs block the glutamate-mediated elongation of filopodia.

Together these experiments will not only extend our knowledge about the mechanisms of normal filopodial dynamics, but could also provide provocative new ideas about how the abnormalities in dendritic development observed in Fragile X come about. The experiments are deliberately designed to identify novel molecular targets that can be exploited for therapeutic use in individuals with Fragile X.