With a $35,000 grant from FRAXA Research Foundation in 2003, Dr. Jay Brenman and his team at the University of North Carolina utilized the fruit fly (Drosophila) to model disease and examined the fly model of Fragile X in an effort to understand the basic mechanisms of disease. 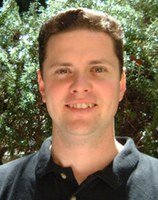 Our stated goals were divided into 3 aims:

For Aim 1, we analyzed both over-expression and loss of function for dfxr in sensory neurons in Drosophila. We did not see very strong phenotypes in sensory neuron dendrites. Although there is now some published literature suggesting there is, we do not feel the phenotypes/effects are strong enough in our hands to justify continuing our limited resources along this line of research.

Aim 2 has been very successful. We have identified 16 mutations affecting dendrite development. In particular, we are focusing on late stage dendrite development mutants including mutations affecting the development of Actin rich dendrite structure – dendrite filopodia, which share some biochemical similarity to human spines. This is a very exciting part of the project and is a novel screen. The first gene we are identifying from this screen maps to a region containing Futsch, a MAP1B homologue, which regulates Fragile X in Drosophila. We have also found a DNA alteration in Futsch in this mutant. It is possible some of the other novel mutations we identify will also affect proteins that may have a connection to Fragile X, or we may be able to connect to dfxr in the future.

Aim 3 was not completed.

Dendrites are extensions of neurons where information is received, processed and stored in the brain. Dendritic spines are found along dendrites, and on these spines, most synapses form. It is at these synapses that signals are passed from one neuron to the next.

We are developing a genetic model for analyzing dendrite and dendritic spine development utilizing Drosophila, or fruit flies. Surprisingly, 72% of known human neurological disease genes exist in Drosophila, including the Fragile X gene, so Drosophila has often been used to identify and understand genes that can cause human disease. Absence of the Fragile X gene function in both humans and Drosophila results in abnormal behavior and neuroanatomical defects. We hope to identify other genes that function together with the Fragile X gene to properly form dendrites. Hopefully some of these genes will be therapeutic targets for Fragile X and other neurodevelopmental disorders.