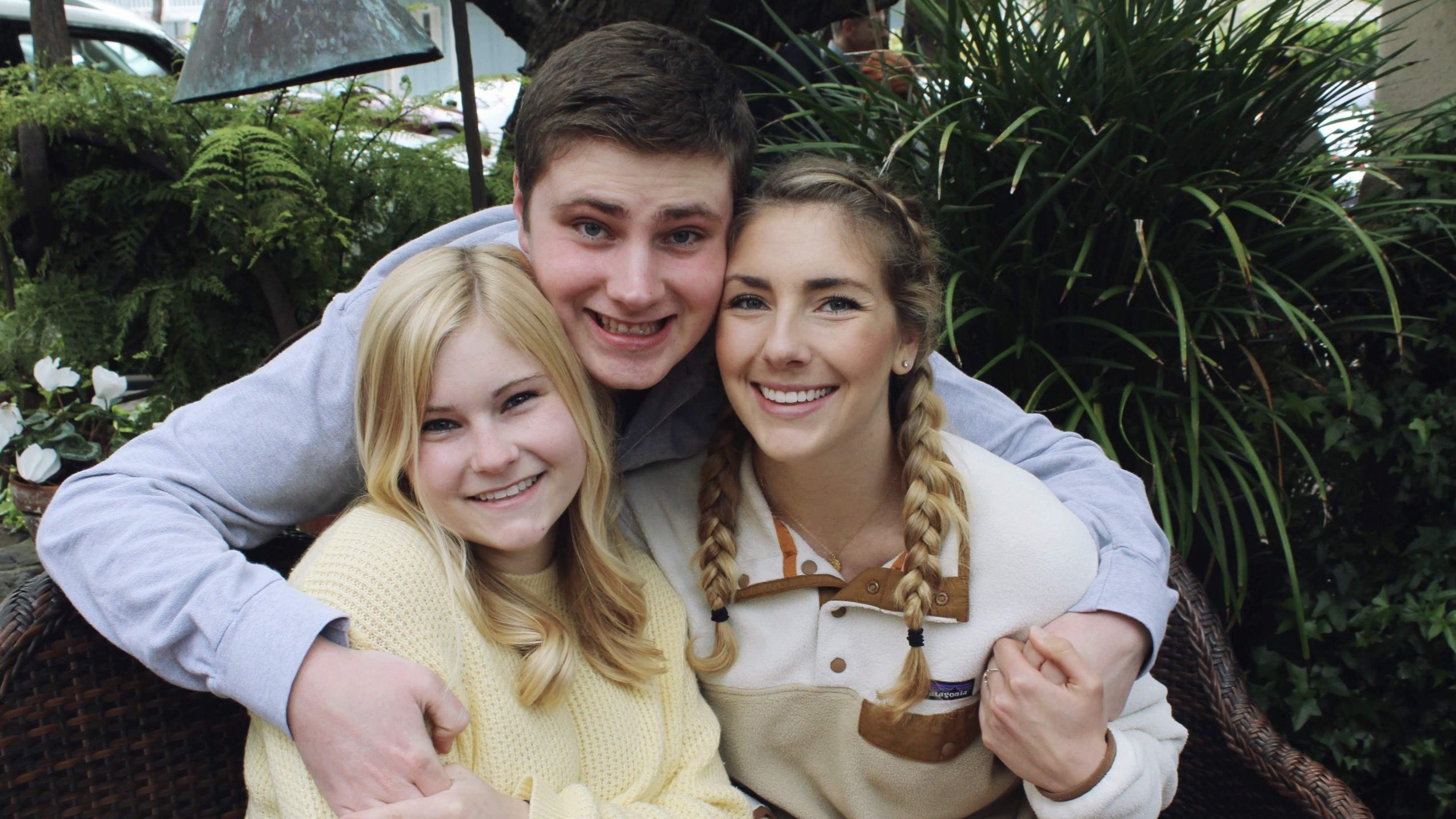 Having a sibling with Fragile X is hard. I still have childhood memories of my sister Courtney and I trying to calm my brother from a screaming tantrum in the middle of Target and frantically searching for him after he had run away from us at the mall. While we’ve seen Lucas progress from his early childhood years, the issues he (and we) face every day continue to evolve.

Lucas is consumed with where his next meal will be. He sends text messages every morning at 7:00 am to family, friends, and sometimes random phone numbers, asking to confirm upcoming dinner plans. When plans change or we decide to stay in for a night, we’re faced with a screaming, crying wreck to deal with. 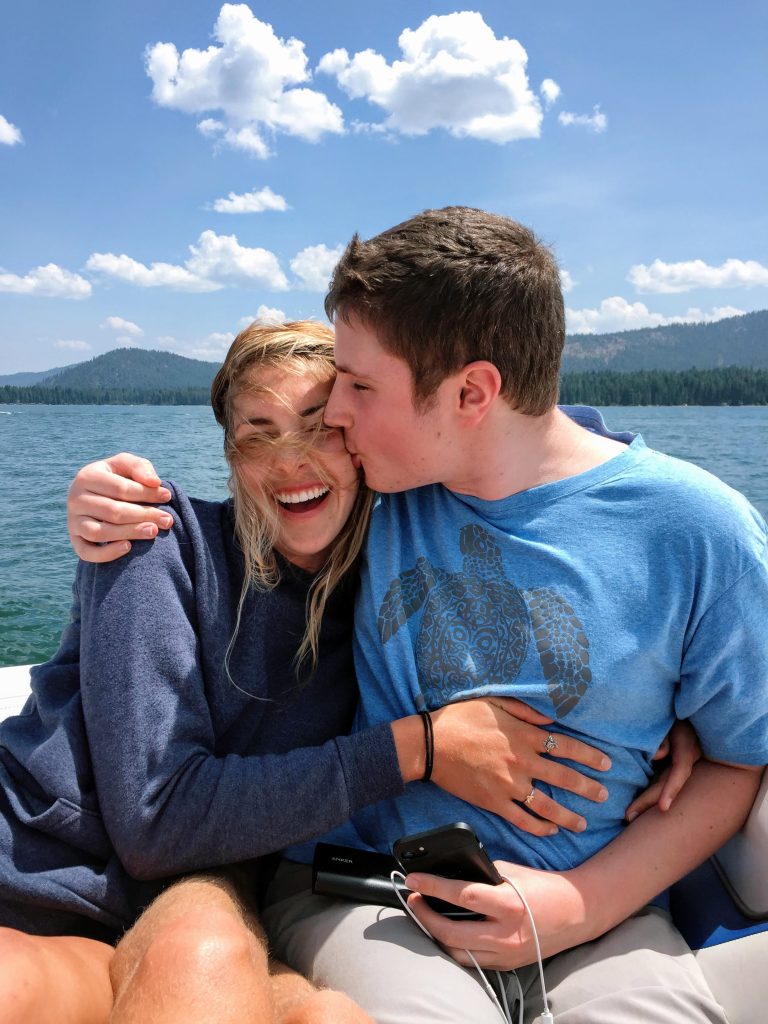 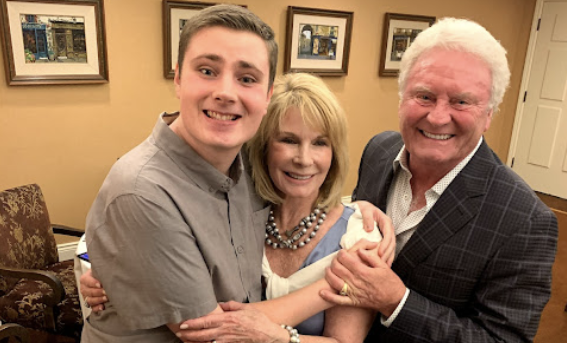 Convincing Lucas to exercise is a struggle. His main motivator is food, so it is counterproductive to bribe Lucas with calories in order to get him to burn them. As sisters in the food industry & nursing, we know the effect that Lucas’ diet of fried chicken sandwiches, wings and fries will likely have on him in the long term, and negotiating food options with him is not an option. Lucas also HATES the doctor. If he falls ill, we’ll be faced with tough decisions regarding his preferences and decisions that would be best for his health.

One joy in Lucas’ life is his toy trailer collection; something that would be more normal for a 7 year old than a 24 year old. My dad is now a part-time toy trailer fixer, repairing minute deformities undetectable to most people but enough for Lucas to throw a fit and secretly throw away perfectly good toys.

I have my own worries caused by my brother’s disease. After getting engaged recently, it breaks my heart to know that my brother won’t be able to stand there with me on my big day, let alone know what a wedding means. Wedding planning is complicated enough, but wedding planning to accommodate a brother with Fragile X includes its own array of difficulties. 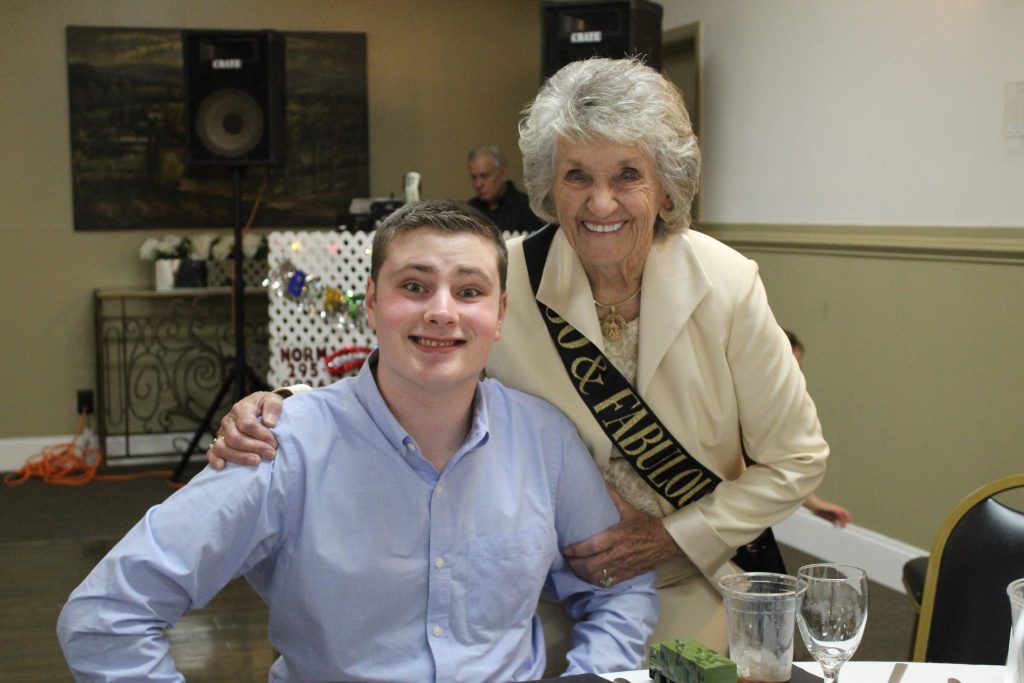 Courtney and I wonder about Lucas’ future and how we will be involved. There are very few caretakers up to Lucas’ standards and even fewer options for him to live outside of our parent’s home. While we would both love to plan for him to live with one or both of us in the future, we see how limited our parents are with Lucas at home, and know that if suitable housing isn’t built in time, we could face the same difficulties.

Our researchers were able to create a Covid-19 vaccine in under a year while we’ve been searching for a cure for Fragile X since it was first described in 1943. That’s almost 80 years! Uncovering a cure for Fragile X would not only impact those like Lucas who suffer from the disease, but their friends and family as well. All of you reading this have been affected by Fragile X, whether it’s been caring for Lucas or providing support and friendship to our family over the years.

Please consider donating to this year’s FRAXA campaign so we can solve this issue for families like ours, and others to come.

Since we always show the “happy” photos and videos of Lucas, I thought it might be appropriate to share more of what we typically deal with. This video is an example of what happens to Lucas when we make a subtle change to a meal plan.

Donate in Honor of Lucas