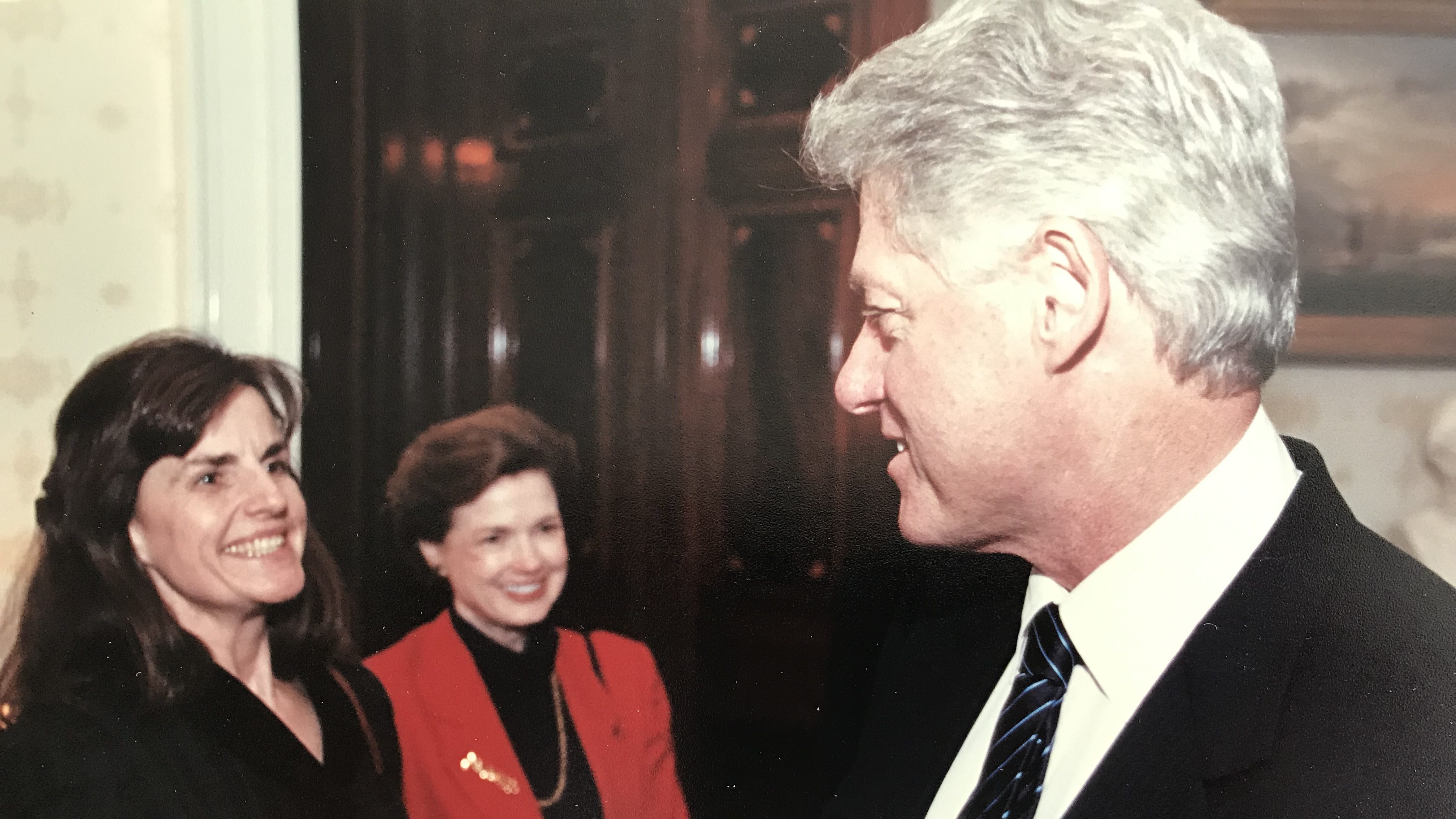 On short notice, Katie Clapp and Mary Beth and David Busby hurried to attend the January 4 White House ceremony celebrating the bipartisan enactment of the Children’s Health Act of 2000, which boosts federal funding of research on children’s diseases, including Fragile X. This was a rare, unforgettable opportunity to meet both (now, former) President and Senator Clinton in “The Blue Room,” along with several members of Congress and 30 or so other advocates for children’s and women’s health issues. We were thrilled that Senator Clinton mentioned Fragile X in her short speech.

Former President Clinton ended his remarks with this memorable statement: “And to all of you who are focusing on genetic research, let me just say that the best stuff is still out there. So, go get it!” Hearing those encouraging words, surrounded by White House holiday decorations, and stirred by music by a Marine Corps orchestra, we felt optimistic that Fragile X research will, one day soon, get the attention that it deserves. We all need to renew our efforts to raise Fragile X in the consciousness of the Congress and the new administration. Perhaps, while The White House is occupied with replacing “W” keys on computer keyboards, we should offer to send them our golden “X” keys as well!