July was a great month for soccer. First, France won the World Cup, then 7 days later Millburn Football Club hosted the 3rd annual Callum Cup. Proceeds from the match were for raising funds for Fragile X research. This intra-club charity match has become the grande finale of the Millburn FC calendar, played in honor of Callum Murphy, the son of club goalkeeper, Andrew Murphy.

Callum is 13 and was diagnosed with Fragile X syndrome when he was 2 years old. He is also incredibly cute and a perfect son for his parents. 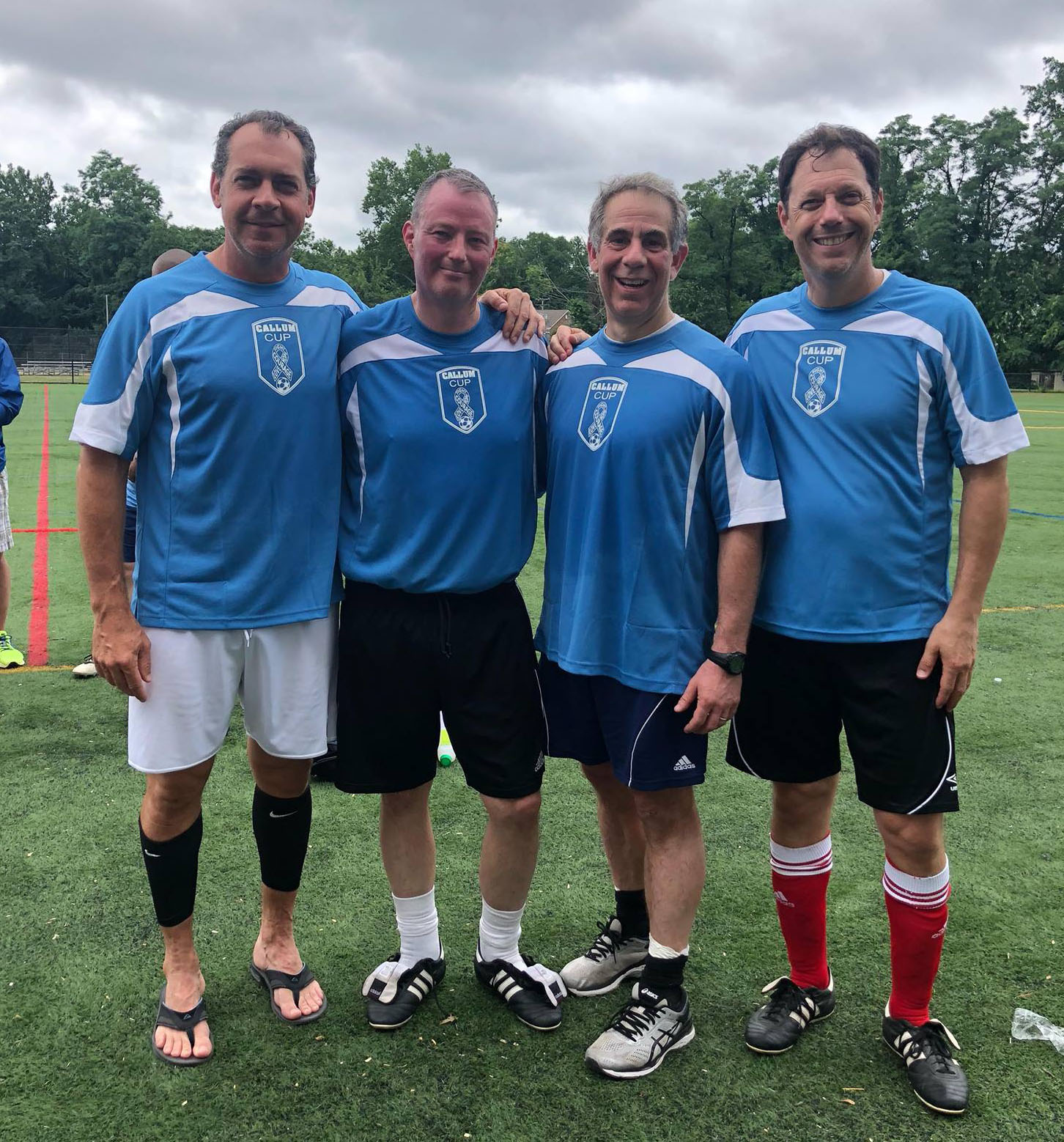 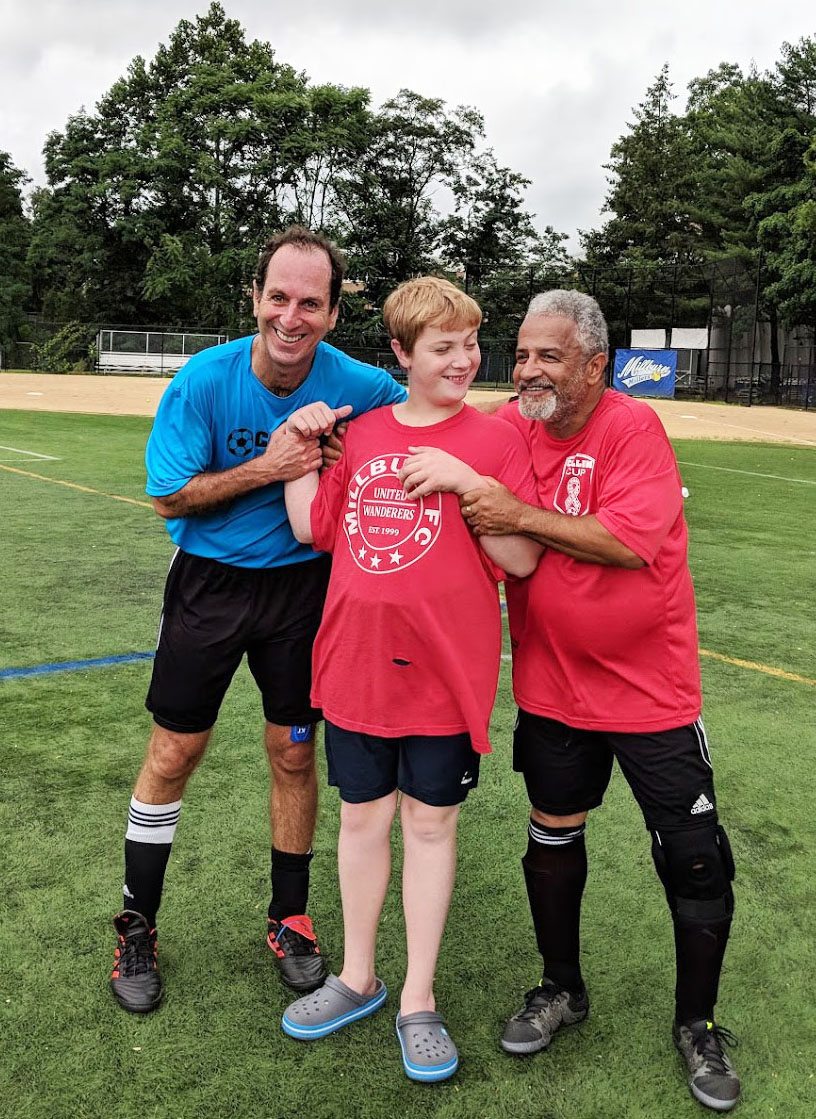 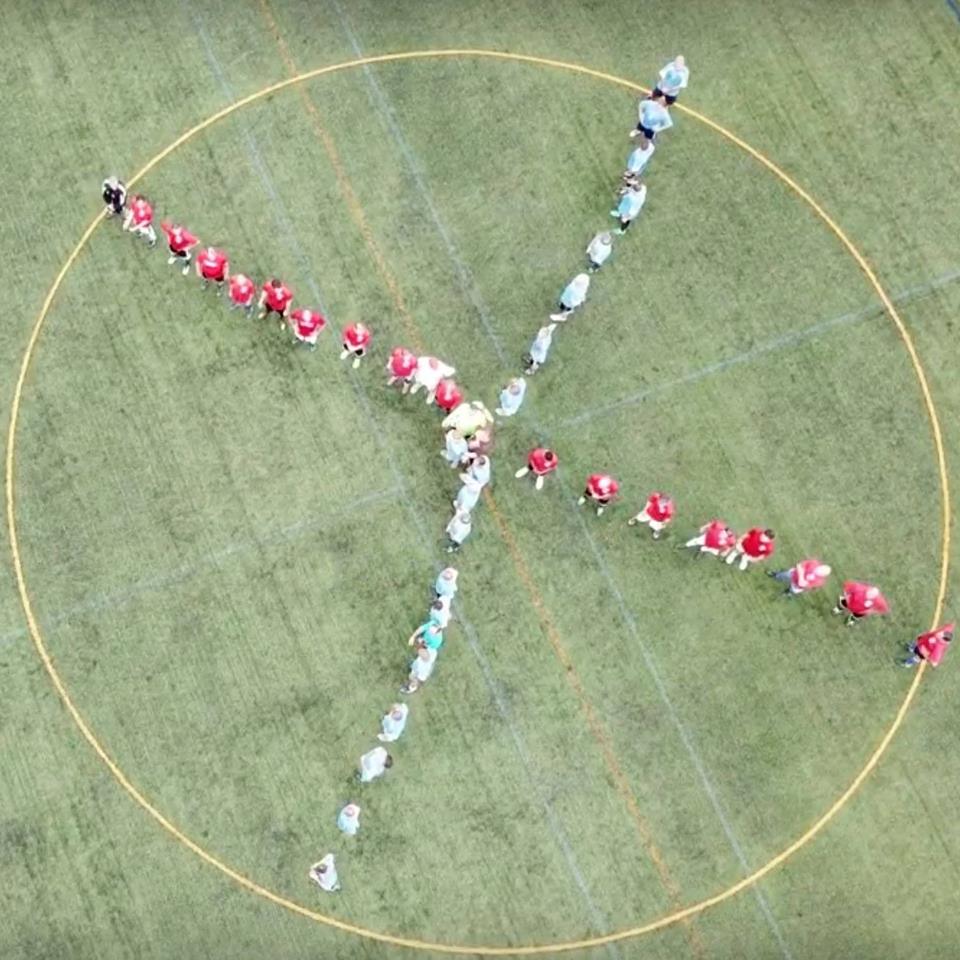 This year, Callum’s friends, family and the players of Millburn FC outdid themselves & raised an incredible $16,560 for Fragile X research.

The big match was played on July 22, being both Fragile X Awareness Day and as fortune would have it, Callum’s 13th birthday. The match featured some very attractive open-field play resulting in a 9 goal thriller, ending 6-3 to the Reds. To make for a memorable day, there was also a drone, a giant cake and a beautiful sensory-friendly rendition of Happy Birthday. After the final whistle, the good vibes continued at a fun post-match celebration at St James’s Gate Pub in Maplewood, New Jersey. The pub also serves as the home of both Millburn FC and the Callum Cup. It was in the bar, 3 years ago, over beers, that the idea of a charity match was first suggested. 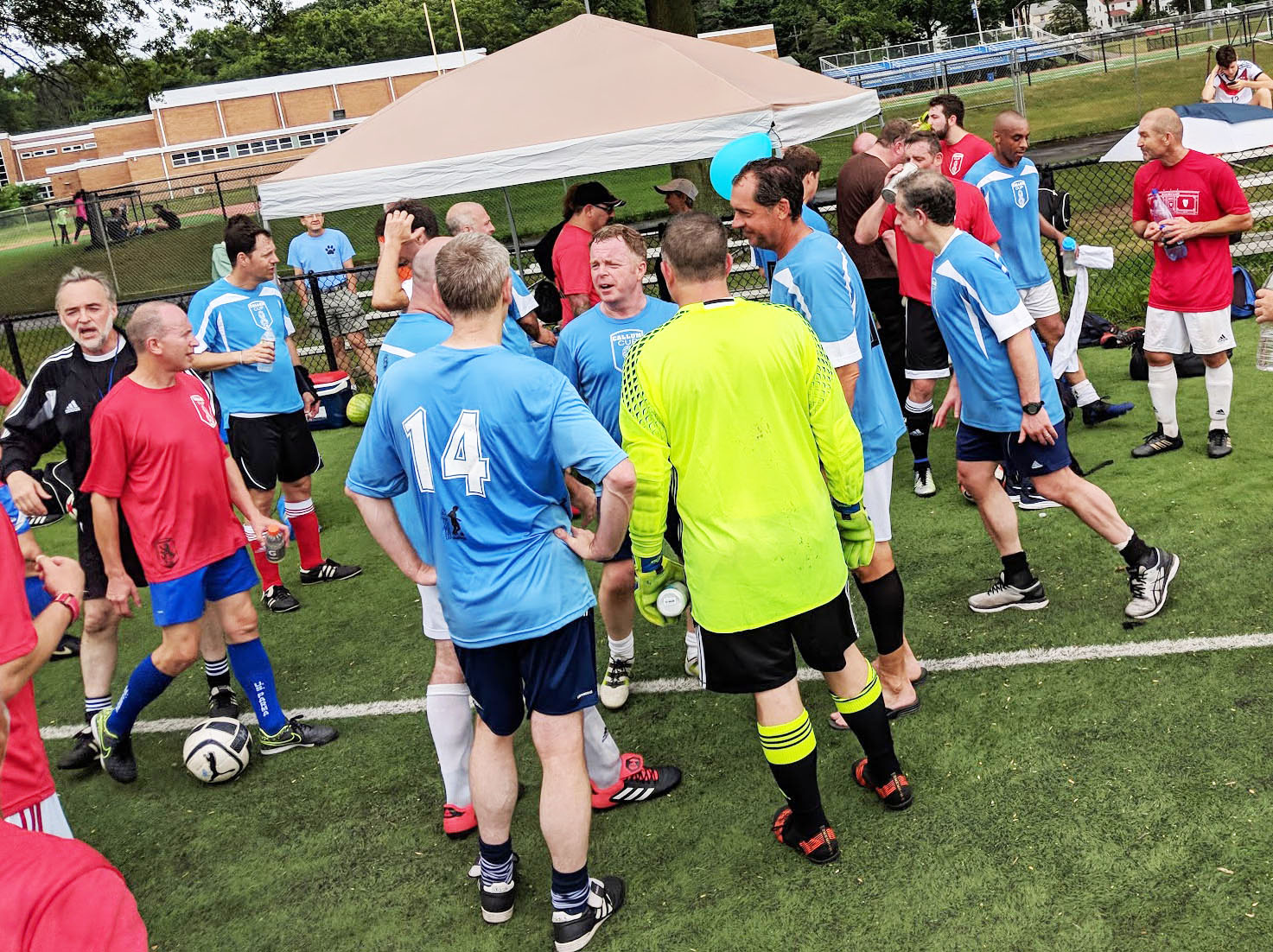 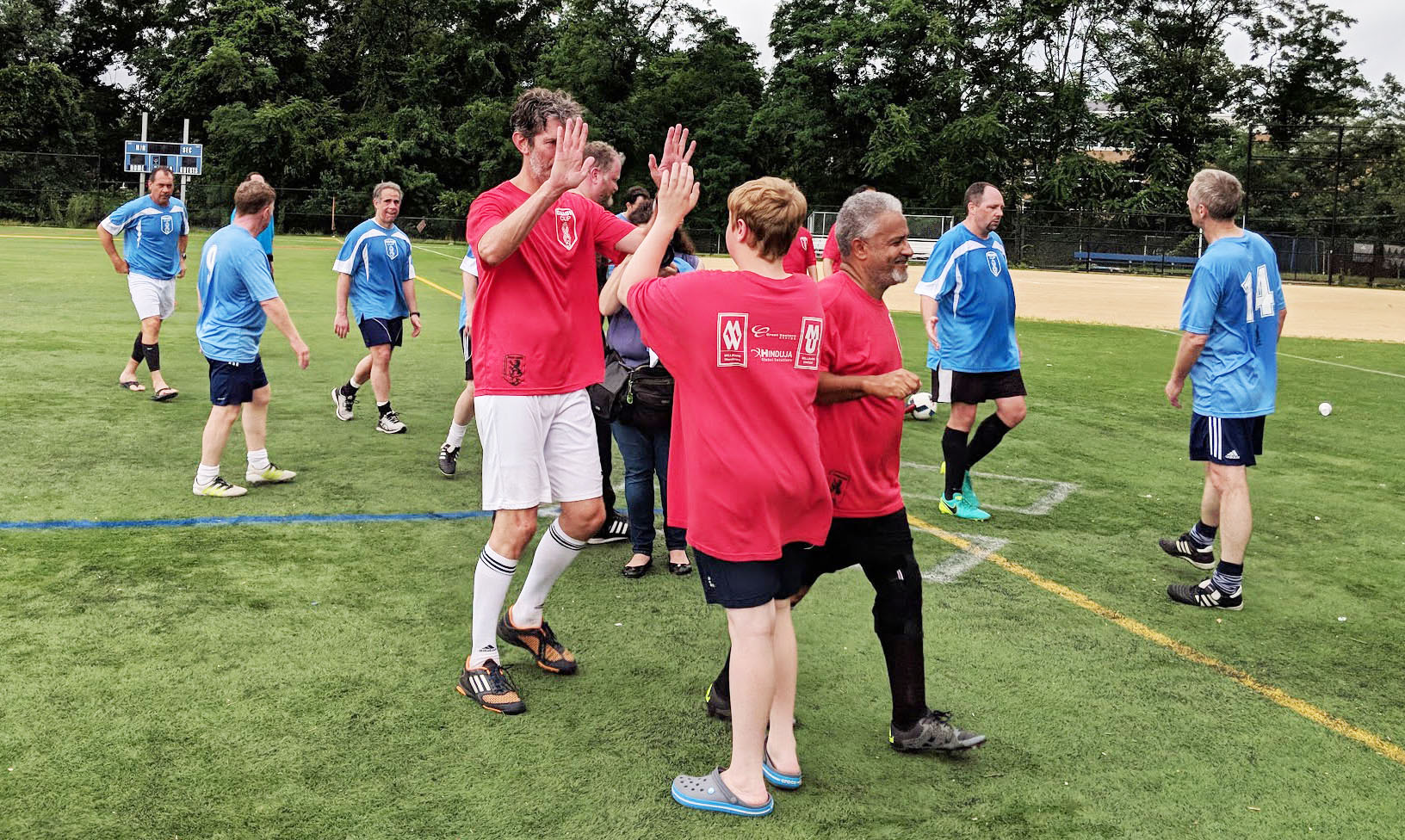 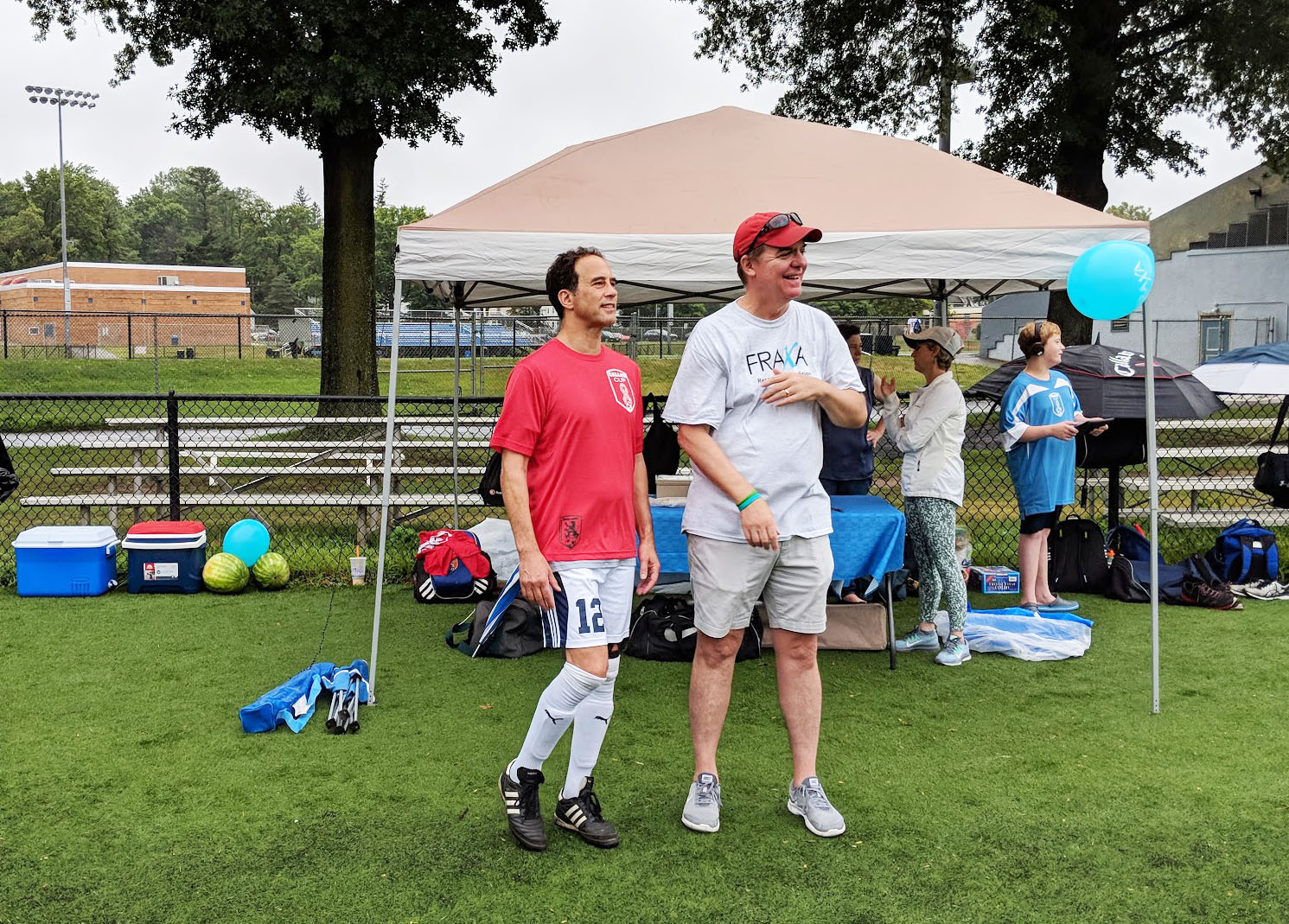 This year’s match also featured a Guest of Honor. Dave Bjork, Director of Community Relations at FRAXA, was only too happy to attend and say a few words before the big game.

Millburn FC looks forward to Callum Cup IV and with it, the good feelings, the funds and the hope that come along with this great event.