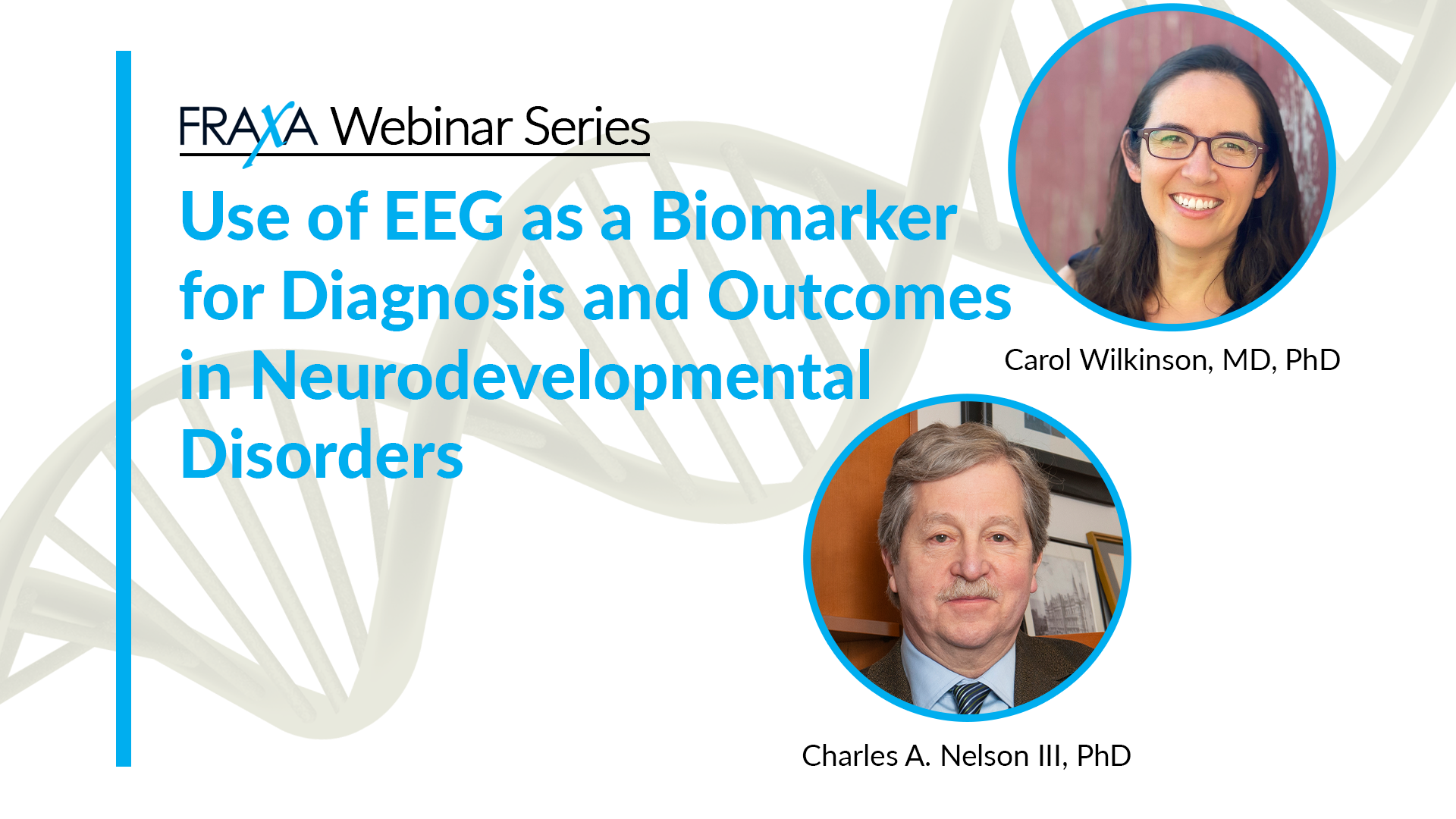 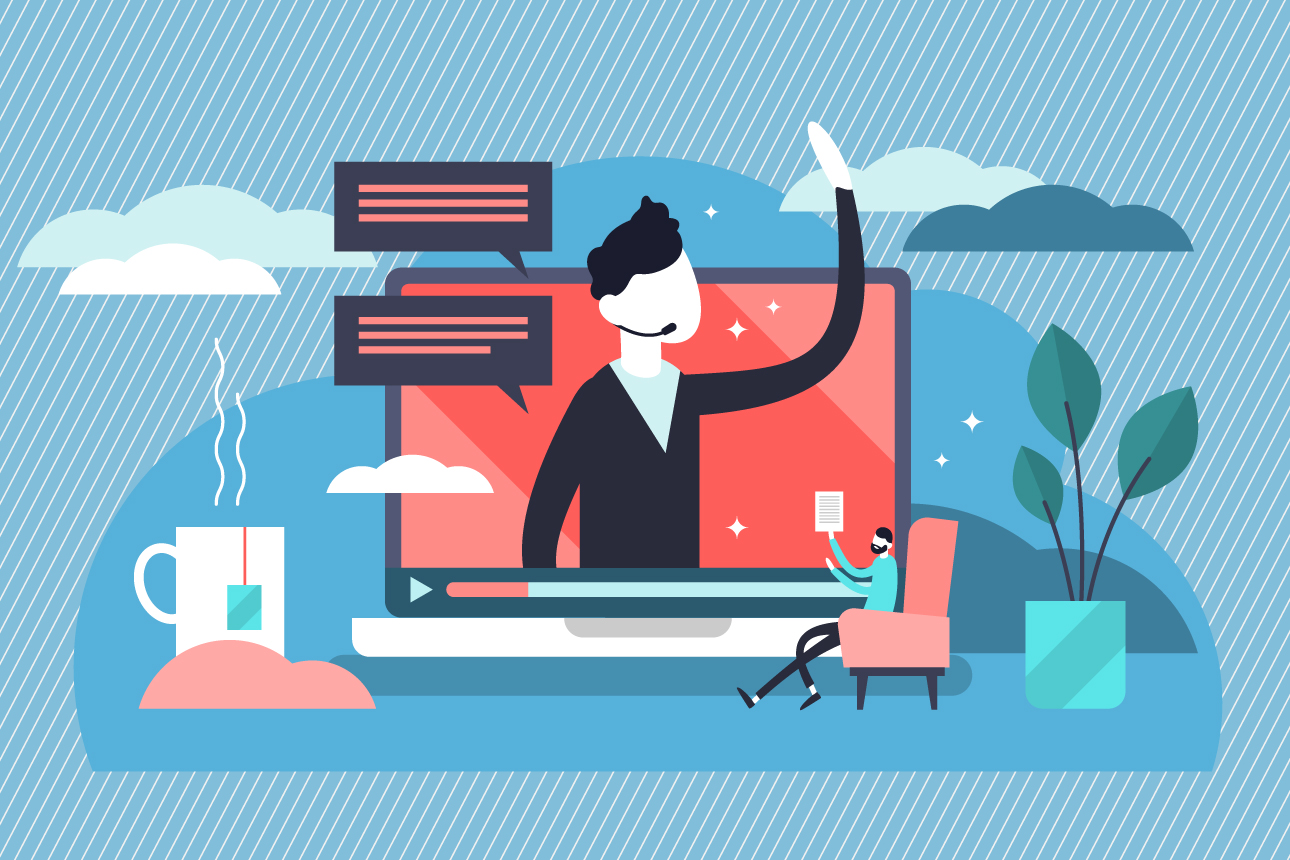 This webinar series addresses a wide range of current topics in Fragile X research. Hosted by FRAXA and organized by Michael Tranfaglia, MD and Patricia Cogram, PhD, sessions feature outstanding speakers from universities and the biotech and pharmaceutical industries. These talks are aimed for a scientific audience. All are welcome; preregistration is required and free.

This talk with be followed by a Q&A session and general discussion will conclude the webinar. The session will be recorded and available to watch on fraxa.org.

The clinical presentation and functional outcome of neurodevelopmental disorders, including single gene disorders such as Fragile X syndrome (FXS), are strikingly heterogenous. This heterogeneity in symptom presentation has posed challenges for the early identification of non-genetically defined disorders such as autism spectrum disorder, and undermines development and approval of drug and behavioral-based interventions. As such, research in biomarkers for diagnosis and monitoring outcomes in neurodevelopmental disorders has garnered great interest over the past decade. Here we present our research using electroencephalography (EEG), a non-invasive method for measuring brain activity, across a variety of populations with increased risk for autism spectrum disorder (high-risk infant-siblings, Tuberous Sclerosis Syndrome, Rett Syndrome, and Fragile X syndrome). We will review findings demonstrating EEG as an effective tool in measuring differences in brain activity in children with significant developmental delays and behavioral challenges and discuss the feasibility of EEG’s use as a predictive measure of autism. In the second half of our talk we will focus on using EEG to identify neural markers of language acquisition across various neurodevelopmental disorders, including preliminary results from an EEG study in young children with Fragile X syndrome.

Charles A. Nelson III, PhD, is currently Professor of Pediatrics and Neuroscience and Professor of Psychology in the Department of Psychiatry at Harvard Medical School, and Professor of Education in the Harvard Graduate School of Education. He also holds the Richard David Scott Chair in Pediatric Developmental Medicine Research at Boston Children’s Hospital, and serves as Director of Research in the Division of Developmental Medicine. His research interests center on a variety of problems in developmental cognitive neuroscience, including: the development of social perception; developmental trajectories to autism; and the effects of early adversity on brain and behavioral development. He chaired the John D. and Catherine T. MacArthur Foundation Research Network on Early Experience and Brain Development and served on the National Academy of Sciences (NAS) panels that wrote From Neurons to Neighborhoods, and New Directions in Child Abuse and Neglect Research. Among his many honors he has received the Leon Eisenberg award from Harvard Medical School, an honorary Doctorate from Bucharest University (Romania), was a resident fellow at the Rockefeller Foundation Bellagio Center (Italy), has been elected to the American Academy of Arts and Sciences, the National Academy of Medicine, the British Academy and received the Ruane Prize for Child and Adolescent Psychiatric Research from the Brain & Behavior Research Foundation.

Carol Wilkinson, MD, PhD, is an Instructor of Developmental Behavioral Pediatrics at Boston Children’s Hospital who specializes in using electroencephalography (EEG) to understand the neural mechanisms impairing language acquisition across various neurodevelopmental disorders. Dr. Wilkinson earned her MD, PhD, and completed her pediatric residency at the University of California San Francisco. Her graduate work focused on molecular mechanisms of synaptic plasticity. She joined Boston Children’s in 2015 as a Developmental Behavioral Pediatrics Clinical Fellow and began working with Dr. Charles Nelson in the Labs of Cognitive Neuroscience, studying EEG markers of language acquisition in infants with familial risk of autism. She now continues to see patients in the Autism Spectrum Center and Developmental Medicine Center and is involved in several studies focused on identifying biomarkers of language development in young children at risk for autism and genetic disorders including Fragile X syndrome.

Register for the Webinar